Research has revealed the most desirable places to live in Wales. 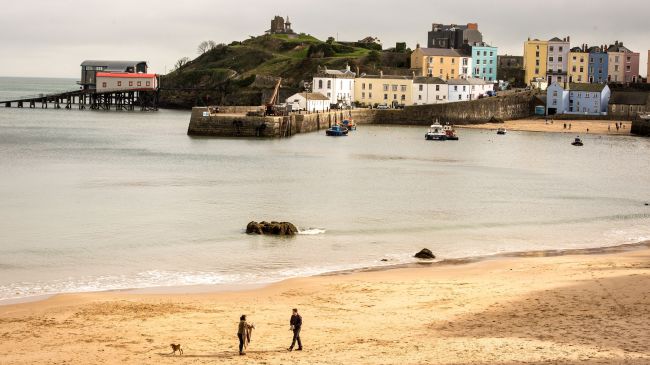 Several factors were considered when ranking the areas, including natural beauty, quality of life and average home prices.

Here’s the full list of the top 10 places to live in Wales right now, ranked out of 1,372 places nationwide, according to the property-finding company Garrington.

Taking the top spot in Wales and 5th overall is Kidwelly in Carmarthenshire. The town scored high for its quality of life and natural beauty and thanks to its castle dating back to the 12th century.

Tenby in Pembrokeshire is a popular holiday destination. It was voted the 17th most desirable place to live in the UK and the 2nd best in Wales for its architectural and natural beauty. In this area, the average family home costs between £350k and £650k.

A survey ranked the coastal town Porthmadog third in Wales and 42nd overall. The town has a lot of maritime history, as well as beautiful natural and architectural features.

Barmouth is ranked 46th across the entire UK, a close fourth place. As well as its architectural beauty, the popular coastal town has beautiful views of Cardigan Bay.

Immediately following Barmouth, Cardigan was ranked 47th across the UK and 5th in Wales. The town was particularly well ranked for its architectural beauty as well as its high standard of living.

Llandudno, famous for its pier, is both a popular holiday destination and a popular place to live, ranking 6th in Wales and 58th in the United Kingdom. A 73rd ranking out of 1372 was awarded to the seaside town for its natural beauty.

According to the figures, Abergavenny is ranked seventh in Wales and 61st in the United Kingdom. Due to its location near the Brecon Beacons National Park, the town was considered to be a beautiful place to live. A family home here costs between £350K and £650K, which is higher than the national average.

A market town known for its annual jazz festival and cathedral, Brecon is ranked 66th in the UK’s best places to live. This town is located within the Brecon Beacons National Park and was ranked third in terms of its natural beauty in the United Kingdom.

At one point in time, Blaenavon was the world’s largest producer of iron, coal, and steel. As a result of its architectural beauty and the presence of the Big Pit National Coal Museum, it was recently ranked the 69th best place to live in the United Kingdom.

The town of Glanaman, which is ranked 71st among the best places to live in the UK, has a long and rich history connected with coal mining. As it sits in the valley of the River Amman, the town has been ranked the second most picturesque in the United Kingdom for its natural beauty.

We hope that you’ve enjoyed our summary of the top 10 most desirable places to live in Wales in 2022.

At Dynamo Cover, we provide market-leading Home Insurance, as well as Home Emergency Insurance. Visit our website to get your quote! We’re Number 1 on Comparison Sites, and won’t be beaten on price.

Your one-stop-shop for Insurance

We’ve recently had a re-brand, and with that came a new website… which, we hope you like? We’ll be updating our blog with the latest industry news, tips and tricks about insurance, as well a...

Today we are answering the top 5 questions about GAP Insurance. 1. What is GAP Insurance? We are often asked, “What is GAP insurance?” So… we thought that would be an excellent place...

How to Charge your Electric Car on Long Journeys

Have you finally made a move across to Electric motoring, or simply thinking about making it soon?  Everything you need to know about charging your electric car on long journeys can be found right he...

Ever wondered what us, Brits, are choosing to drive and why? Dynamo have collated a list of the most popular cars sold in the UK in 2021. There has been an undeniable shift of patterns, including bod...